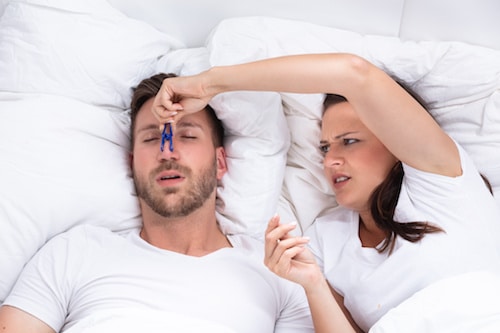 Snoring might seem like a harmless habit, but it causes millions of people and their partners to lose quality sleep each night. The sound some people make as they sleep occurs due to turbulence and resistance in the upper airway. Although people often assume that snoring sounds come through the nose, this is not true. Snoring begins in the back of the airway when the oropharynx behind the tongue becomes constricted during sleep.

Snoring by the Numbers

Approximately half of all Americans snore, and there is no minimum or maximum age for people to become snorers. Snoring is most prevalent during deep, rapid eye movement (REM) sleep when dreaming is most intense. Deeply relaxed muscles allow greater air turbulence and vibration in the back of the throat. Some conditions and risk factors that can make snoring worse include:

The term sleep apnea describes a breathing disorder that causes people to stop breathing several times each night with each duration typically lasting around 10 seconds. The body attempts to correct the lack of oxygen by releasing a loud snort or gasp. People with sleep apnea receive a signal from their brain that wakes them up and alerts them to the fact they have temporarily stopped breathing.

Neither central nor obstructive sleep apnea are typically fatal on their own, but having this condition can contribute to poorer outcomes with the following serious health conditions:

The American Sleep Association reports that 38,000 people with heart disease and sleep apnea die due to a combination of the two conditions each year. Snoring devices can help people who snore or those who have sleep apnea get a better night’s sleep and improve their overall health.

People who snore or who have sleep apnea should make sure the device they choose is comfortable and that they wear it each night for maximum benefit. One popular type of snoring device is the mandibular advancement device, with the term mandible referring to the jaw. The device puts slight pressure on the jaw to move it forward during sleep, resulting in less turbulence coming from the back of the throat.

Unfortunately, the mandibular advancement device may not be the best choice for people with dental issues because it can shift teeth out of position. The teeth shifting can cause significant physical discomfort.

Tongue destabilizing devices pull the tongue forward during sleep to increase the gap between the back of the throat and the tongue. This results in the elimination or reduction of snoring. This type of device typically does not shift teeth or cause discomfort in the teeth or jaws. The top complaints among people who use tongue destabilizers is that they produce more saliva during sleep and their tongue can become sore.

Snoring chin straps are a recent development in snoring devices, but there is little research available on them yet.

Southbridge Dentistry offers a Snore Aid Device for people with mild to moderate snoring. Although the device does not treat sleep apnea, it can reduce snoring and pauses in breathing. Please contact Southbridge Dentistry at (303) 798-4967 to learn more or schedule an appointment. 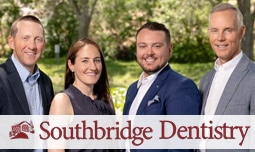 Over a half-century of experience, the doctors at Southbridge Dentistry provide their family of patients with the state of the art expertise and old fashioned personal care. 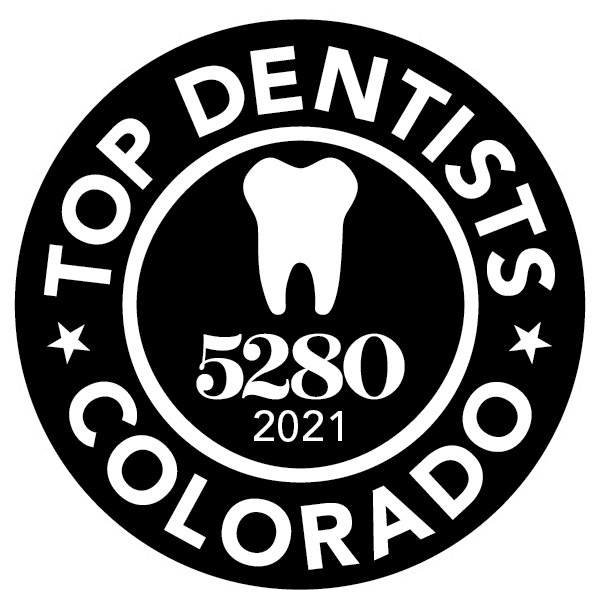 No Insurance? No Problem!

Southbridge Dentistry’s Dental Savings Network allows you to have the quality dental care you want and deserve with no yearly maximums, deductibles, or claim forms to worry about. Call today for more information